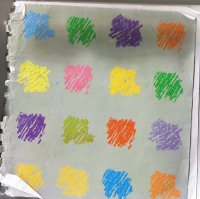 I've started writing poems longhand again. It's not that I ever gave up as such - poems can catch you unawares, and whatever piece of paper is to hand will do (I read today that Lennon's "Imagine" lyrics were on the back of an envelope; a much maligned medium!) but had begun writing them direct to screen, wondering if the properties of the computer word processor would have its effect on the work (the screen being landscape, not portrait for instance.) This tattered thing to the left is where I'm writing them now - unlined pages, which I think helps, and big enough pages to give me room to "spread out". Whenever I've bought a "special" book to write poems in it never works; but here they're stacking up, faster than I can type them up. I don't think I "do" tidy, not creatively at least. This seems about right.
Posted by Adrian Slatcher at 12:55 PM