It's been a bit of a year for me; hardly had time to catch my breath. I realised this, having been at home for a few days. I've been working so hard on new projects at work, that have also took me away a lot. I'm grateful for the opportunity to have gone to (deep breath), Bologna, Warsaw, Krakow, Istanbul, Helsinki, Amsterdam, Belfast, Berlin, Brussels, and Ghent this year; but its taken up a lot of time and its only taking stock at Christmas that I realise how much. I've hardly seen any films, or gone to any bands, or even read that many books, never mind any bigger things, like buy a house.

Creatively its been okay, though. The opportunities to read my poetry haven't been quite so many - and I can't believe its a year since we finished the Salt Modern Voices tour - but there have been a few, and I've also got involved in quite a few mixed media type events which have been interesting. I like performing, but perhaps more when its part of the art, rather than to promote the art (e.g. a book.) That said, I didn't have much published during the year, just a couple of poems, in the excellent Pussy Riot anthology, Catechism, and in the latest issue of the Rialto (wth a mention on the cover, no less!) of my poem "Beauty." 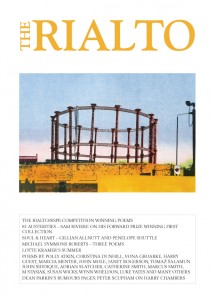 Not that I've been idle. I've probably written more poems this year, and more that I'm pleased with, than for a decade. Part of this I think is having spent time as part of the NW Poets group, organised by Lindsey Holland. Pleasingly, the group's first anthology will be due in 2013, with a couple more poems from myself included.

I've also been very busy musically, as I mentioned in a previous post, with a series of 12 cassette singles - some 47 tracks - being "released" online during the year, making it my most prolific year musically since 1989. The best tracks from this series will be compiled on an album early in the new year, but can all be downloaded or listened to anyway at my online music site.

My own art is not to be seen in isolation of course, as I've always felt that I belong to a cultural millieu, to which I react, and with which I occasionally engage. From going to see gigs such as Dexy's Midnight Runners, Grimes and Laetitia Sadler; to attending festivals like FutureEverything, Flatpack Festival and Abandon Normal Devices, there's something quite porous between my own artistic practice, and the cultural life here in Manchester in particular.

The Pussy Riot book was published using print-on-demand and available as an e-book and this year was the year when such things came of age. I wonder a little about the publishing industry, whether its now relying too much on small presses, start up ventures, and self-publishing to act as an A&R, or worse still, whether it only takes notice of such ventures when the books make a splash in the traditional places (e.g. a Booker listing.) Poetry in particular seems to have endless vibrant tributaries, yet the main rivers are slow-moving and slow to absorb what's happening elsewhere. Maybe its a bit much to expect literature to have its punk rock/YBA moment so late in the day, but it seems that it might happen some time - maybe 2013?

So, on 30th December, no new years resolutions just yet, particularly as the fundamental things for next year are so fragile. Like everyone else where I work, I've been offered voluntary redundancy, which speaks clearly of the problems everyone in the public sector is facing - even if my projects are funded for another year or so - one wonders what comes next? There's certainly no reassuring noises coming from Central Government. I've now been in Manchester for longer than I lived in Staffordshire, which is some milestone of sorts- given I lived there from the day I was born until I left for university - and if its imprinted on my life, it doesn't feel that permanent. I've begun to write about it, in a series of poems that I'm currently putting together - and that's one resolution for 2013 - to get those, at least, published in some form or other (get in touch if you're a publisher who might be interested in seeing them!)

Art and culture have always been political statements to my mind, and this will get more so, even if the most political poems and stories often aren't the most explicit ones. Yet, as Pussy Riot showed, a cultural act can quickly become a political and then a human act. The 21st century is only just beginning to show its characteristics, and just as Modernism only really came through in the 2nd decade of last century, I think the ramifications of our information society are yet to find themselves clearly articulated in the art and literature of the day. Again, 2013, may well surprise us.

Posted by Adrian Slatcher at 12:58 PM