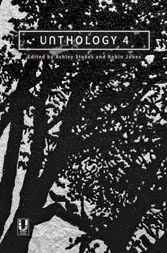 A new month and I'm sure as they were struggling to put Santa on Manchester Town Hall for the start of Christmas markets that everyone's thoughts are turning to the Christmas season. If you're looking for an unusual present for a book loving friend then you can do worse than "Unthology 4" from Unthank Books which was published yesterday, and which my story "The Cat" is one of the tales inside. You can now buy it directly from the Unthank website.

I've not really written much about literature lately. The Booker prize came and went - though I mused on writing something about "youth" and writing given Eleanor Catton's success. You have to  be impressed; and its a book I hope to get round to over Christmas. My 2nd novel "Lineage" was written in 1994-5 and shortlisted for the Lichfield Prize that year for unpublished novels, when I was in my late 20s. A semi-autobiographical, semi-fictional literary mystery I was amazed that anyone outside my immediate friends and family had read and liked it, so it was an important work for me. I'm puzzled in retrospect how I didn't manage to make more of this. The one London agent I sent it to was, I seem to remember, pretty snobbishly dismissive of a novel set in the Midlands. I didn't send it anywhere else (I was already writing something more er...cosmopolitan.) So not only well done to Eleanor, but "wow" I think. If writing is a long road, I sometimes think it depends where you start out from, and where you stop along the way - in life, as in literature.

Last night, a little bit of my literary past returned, when I saw Richard Price and the other "Last Men on Mercury" read at the Anthony Burgess Foundation. Richard, a Facebook friend I was meeting for the first time, reminded me that I'd written years ago about receiving "Contraflow on the Superhighway" months after ordering it: an apparently rare critical mention of the Informationists after the fact. Talking with a friend in the pub afterwards we were discussing how quickly we all forget the nights, the writers, the concepts that happen in our D.I.Y. culture - and how important it is to document what might appear ephemeral now, but history might show to be anything but. This blog's role, if it has one, is, at least partly to be something of that documentation - and its longevity is probably as important as anything I might write here day to day. More about Informationism here.

Last night's event saw the group of Scottish poets paying due tribute to the wonderful Edwin Morgan and began with a reading of his "First Men on Mercury" poem and ended with extracts from his "Video Box." The thing about Morgan is that every clever idea you've ever had about poetry, chances are Morgan has already had it. In between these bookends, we had five readings for a rich varied night that covered childhood wonder, Orpheus, Icarus and much more. For me, informationism always seemed to be important for its offering of permission; something that Morgan's work also gives us.

As ever there's the almost daily fizz and buzz of the literary world and it feels quite hard to take an interest when you're struggling to find the time to as much as write up or revise a poem. I always find magazines the best way to read what's out there, but been a little disappointed by the poems themselves in recent issues Poetry, the Rialto and Poetry Review, as well as the shortlisted poems for the Manchester Poetry Prize. So it was joy to read "Flippers" by Bobby Parker in Charlotte Henson's online magazine, "Astronaut." I don't think I've read a better poem all year.
Posted by Adrian Slatcher at 6:24 AM