My Life was Saved by Electronica 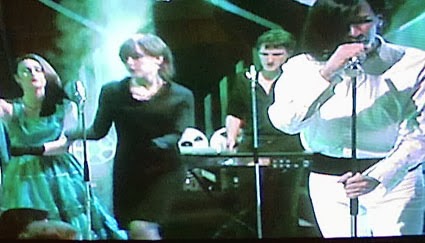 I was 14 in 1981. "The Sound of the Crowd" by Human League saw this band appear on Top of the Pops who were like nothing I'd ever seen - and the music was like nothing I'd ever heard. Tubeway Army and Gary Numan who'd been in the charts before then were oddly conventional sounding in some way; Human League had brand new sounds. Then there was Soft Cell, Ultravox, Visage, Blancmange, Depeche Mode, Duran Duran... a whole range of electronic "bands" hardly a guitar to be seen. I was hooked. Much as I loved some guitar bands back then - Bowie, Dylan, Blondie - I was never going to be able to play a guitar or even look like a guitarist. Electronic music gave me my crowd, my scene. Not that there was much interest in the school I was at. Just three of us.

It cost - I think - £35 - so a lot of money back then, but so much more than a toy. We all got one for Christmas, having seen Trio use it in "Da Da Da".  There's been so much written about punk's influence - that you could learn three chords and join a band - its hard to explain how far that was from a reality for suburban kids far from the bars and clubs of towns and cities. Amplifiers, wires, leads, pedals, guitars seemed beyond complex compared with what was on offer with a tiny little electronic box. The reality didn't match the rhetoric - not much more than a toy after all, (but a lovely toy, to this day.)

British Music Fair at the NEC 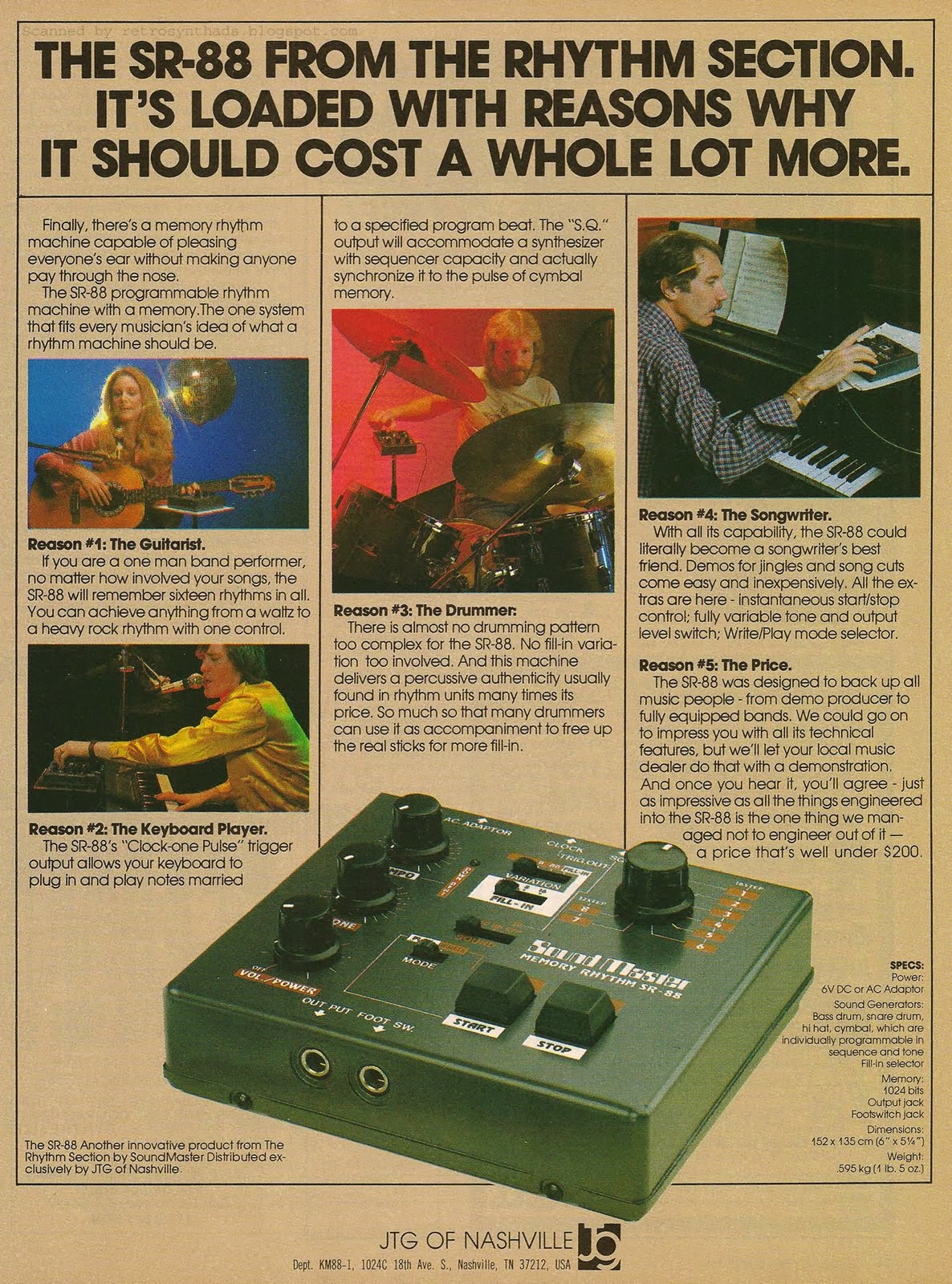 What the Casio did was open up the possibility that I too could own a synthesizer and make music like the Human League, Kraftwerk, Soft Cell etc. I pestered my parents to take us to the British Music Fair at the NEC - or maybe it was called something else - anyway, we came away having demoed lots of synthesizers and a pile of manufacturers brochures and price lists. Somewhat more expensive than a Casio. 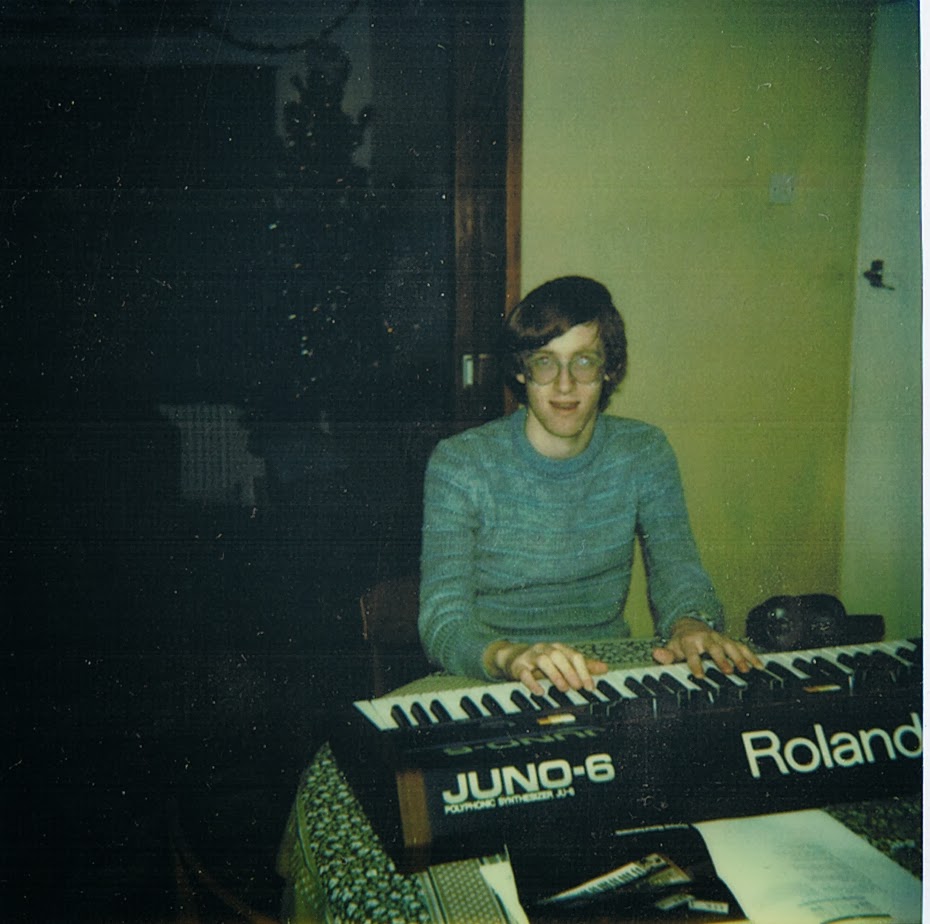 I had passed my O Levels in summer 1983, and gone onto sixth form. Partly as reward for my hard work, my parents agreed to pay me some money towards a synthesizer. So just after Christmas 1984 we went to Birmingham and tried a few out. The plan was to get a Crumar that was in the sale, but when we tried the (much more expensive) Juno 6, even my dad, who knew nothing about these things, could tell it was much better and to his eternal credit agreed to pay the difference. The photo was taken on the day I got it home I think.


Even to this day you hear people decrying synthesizers as being not authentic enough. Yet looking at classic synths they seem as of their time as Elvis's guitar. Yet it still persists the idea that the only "folk" music is played on fiddles and banjos. As a non-musician, the synthesizer (and its close friend the multitrack recorder) was the only way I could make music - as "authentic" as a skiffle band's washboard. Many of the songs from the early 80s, whether "Cars" or "Don't You Want Me" or "Planet Earth" tell us as much about the age as more earnest music, and folk, jazz, reggae, and lounge artists have covered "new wave" songs as the modern standards that they are. No one can doubt the validity of a Pete Seeger, who died this week, strapping on his guitar and playing his protest songs anywhere and everywhere, but that doesn't authenticate every under-20 Jake Bugg wannabe, to wilfully live in some kind of fake "authentic" past.


At school the music department was reserved for proper trained musicians. So whether you were a self taught guitarist playing Led Zep licks or our little "band" recording unlistenable electronic dirges you weren't welcome. Yet electronic music began in 20th century classical music and was only later appropriated for pop and rock. I guess I noticed the sonic dissonance in the music in "Psycho" or Bernstein's "On the Waterfront" without realising this was in anyway contemporary classical music. Come Walter Carlos and Tomita, and synthesized renderings of the canon were a way of forseeing the future. The first "long form" music I listened to was electronic music by artists like Tangerine Dream and Kraftwerk. I didn't realise Philip Glass a classical composer until much than later than my introduction to him via "Glassworks" and "Koyaanisquaatsi."

There was dance music before electronica of course, but the syncopated rhythm track that would keep people dancing for an extended time was helped massively by electronica. Whether Giorgio Moroder's pulse beat on "I feel love", Kraftwerk's home designed drum machines, or Tom Moulton's tape-ology extended versions of disco songs. So by the 80s it wasn't that much of a surprise when a stripped down minimalist purely electronic music called House came along. What was the surprise was that it was mostly instrumental. Not since the Shadows had instrumental tracks regularly made the charts, but here the vocal was secondary to the groove. I've always been crap at making groove music, though I've often tried (such as here and here.) Yet in many ways electronica's soundtrack to our discos is as vital to the 80s and 90s as Motown was to the 60s or jazz was to the 20s.

Timeless / Of its time 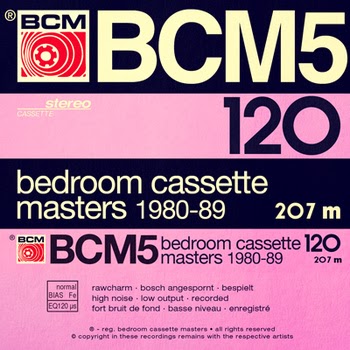 Electronic music is both timeless and of its time. There will never be a time when the charts is full of bright, sparkly electronic pop like in the early 80s; but much of today's music owes its sound and production to this more than any Beatles/Stones/Dylan access. To me, the sounds of classic synthesizers are timeless - and a track recorded in 1985 can easily sit next to one recorded today without any problem.

A couple of years ago I was approached via my electronic music website to contribute to the Bedroom Cassette Masters series of online compilations and I've another track "The Wasp Factory" (under the name BLANK Organisation) on the current volume, plus I'm interviewed in the booklet. On the one hand it seems absurd that a track I recorded in September 1985 should find a wider audience 29 years later, on the other hand, as I still make music that shouldn't be such a surprise.

A compilation of my own "timeless" electronica instrumentals is now available to download and stream here - the oldest tracks and the newest sit effortlessly side by side.

My Life Was Saved By Electronica 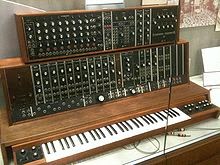 I've quite a few friends who only listen to electronic music - I wouldn't even say that I mostly listen to electronic music, and there's plenty of "classic" electronica bands that I don't even like that much. Yet it gave me an opportunity to make music which has been really important through the dark times and the good times in my life equally. I had a period from 2000 to 2007 where because of changes in jobs and concentrating on my writing I didn't write or record any music - and I missed it. Since then I've been as prolific as at any time in the past 30 years. Because - with the possible exception of Kraftwerk - there's no electronic Beatles or electronic Dylan or electronic Bowie or electronic Elvis it can sometimes seem that liking electronic music is like liking all music, so a meaningless statement. As our lives get more and more defined by technology electronic music almost seems quaint yet its 50 years this year since Robert Moog sold his first prototype modular synthesizers. Whereas you might once have found an 80 or 90 year old banging out a song from their youth on the old jalopy, I fully expect to be in my retirement home, plugging in my synth application, and adjusting the LFO. 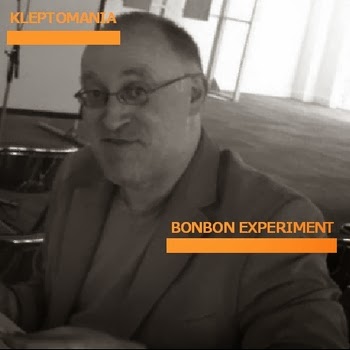 I still record music under the name Bonbon Experiment (which was the name I used from 1984-5 before resurrecting it in 2007) and I have recorded 5 albums and numerous singles and EPs as well as compiling a number of retrospective compilations, since 2007. My last album "Kleptomania" came out in 2013.

Posted by Adrian Slatcher at 3:01 AM