Why I Record Music 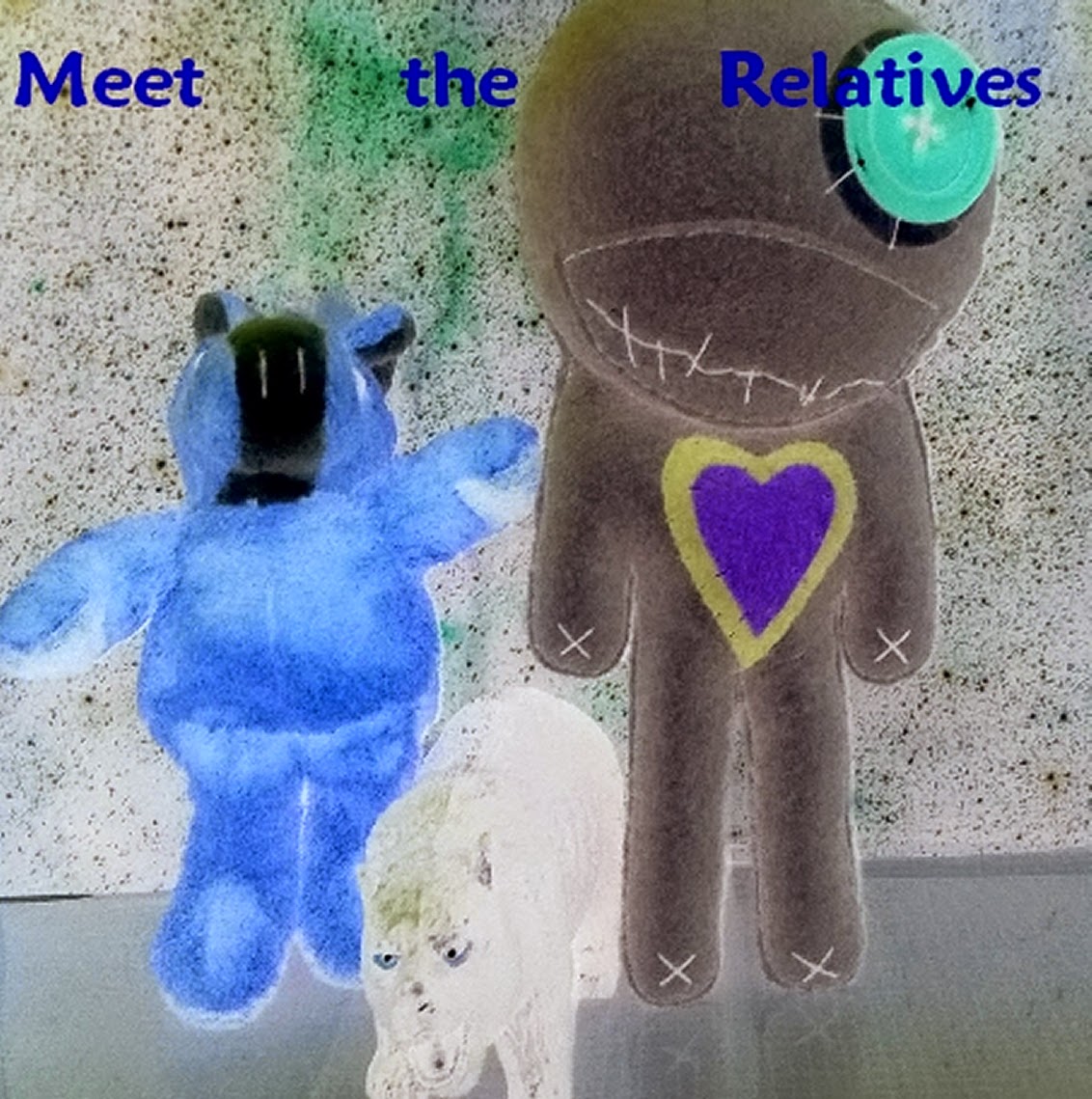 My parents tried to harness my musical ability. On my dad's side of the family there had always been a bit of amateur piano playing, and they always sung along. We had a wheezy little electronic organ; then an acoustic guitar I had problems getting my fingers (or my brain) round; then my sister took up the mantle (a double bass) and was the family's serious musician for a number of years.

Yet I'd always sung along, even when my voice was breaking (sorry, mum), and though painfully shy at anything musical in public, I always liked music, and would spend some of my spare time making up imaginary bands, albums and songs. In truth, I was doing this before I developed my own taste in music. As a thirteen year old it doesn't make a lot of sense why every song's about love, when you're still at least partly interested in dinosaurs, science fiction and football.

When I was 15, I formed a band of sorts with my mates, and we used to make an unholy racket in the living room, commandeering the family organ, and along the way some biscuit tins and a typewriter (it made some nice bell noises.) When I was nearly seventeen I got a proper synthesizer, not unreasonably thinking that if I couldn't read music, I could at least make some interesting noises.

I've been recording music ever since. Because I'm a writer people often assume that I write some lyrics and then try and fit a tune to them, and though this occasionally happens, its mostly the other way round - I record a backing track and try and develop a song over the top of it.

There are probably less people who've heard my music than have read my writing which takes some doing but I give it my all, even if I know that I'm neither a particularly competent singer or musician. What I am good at, I think, is finding new sounds, and turning them into new songs. The act of creation is what it's always been about for me. And whereas you write a story and probably don't ever want to re-read it again for another ten years, when I records some songs, I've a ready made CD to listen to.

So I've been spending this weekend on what by one count (mine) is my 32nd full length album, going back as far as 1984. (There are plenty more than that - if you include side projects and the like - but I've a "canon" and I intend to stick to it.) I hadn't recorded much this year, but in a week's holiday in the summer hooked up my new (but old sounding) Korg Monotribe - a drum machine/sequencer/analogue synth in a box without a keyboard - with my ancient (but timeless sounding) Roland Juno 6 - so that the former could power the arpeggiator on the latter. This was pretty much how I made music and wrote songs for years, a drum beat and a sequence giving you the rudiments of a song without much difficulty. When my drum machine broke a few years ago I found different ways of doing things, but the Juno occasionally got sidelined as a result.

Rather than just record a song or two I found myself recording best part of a new album - which this weekend I've completed, through a few tweaks, and a couple of new songs to replace a couple of earlier tracks that didn't make so much sense now that the album had a shape.

As ever, I'll probably be the main listener - particularly when one track is a 15 minute instrumental electronic jam - (my "band" names is Bonbon Experiment after all) but I can't say anything other than its been an absolute joy to put together. So recording music gives me pleasure in a way that poetry or fiction often doesn't. I think its because its just about the only time I ever "make" something. I was crap at all those handy things you did at school in woodwork, metalwork and home economics, and have never been much good at painting, D.I.Y. or even computer hardware. But what I can do - is take a few slithers of sound and make something lasting from them.

Because I do like to sing as well, and because I can write lyrics, (though its often the hardest part), I guess I have to do something about that side of things as well. I still like coming up with titles - though the best on the new release - "The Marsupial Consumes its Own Weight in Feathers" is, you'll be pleased to know, an instrumental, whilst the title track of "Meet the Relatives" has spawned a cover concept that has seen me hunting charity shops for odd looking "band members." The other songs tend to be about all sorts of stuff of course. There's a bit of nostalgia on this release, and in some ways, my lyrics are also in some kind of "persona" as in the political pop of "Helicopters" which mostly exists so I could use the line "she looked like she’d stepped from a Murakami" (I then had to write a whole song around it so it made some kind of sense.)

I've still not graduated to the guitar (though I did buy one a few years ago in the forlorn hope that I'd have got over my caggy-handedness), but do refresh my set up with a new instrument or effects unit every now and then. The other thing people expect when I say I record electronic music, is that they think I use a computer to do it - here's my own Ludditism, apart from an odd tweak in Audacity, I'm still doing everything offline, pressing "record" and "stop" on a physical recorder (even though its now digital rather than analogue.)  My 8-track can only hold 99 tracks, so I had to run on the "tape" (not that it is tape) to record the last couple of tracks as I'd filled it for the second time since 2007. The job of downloading the master files can wait for another day.

Posted by Adrian Slatcher at 5:42 AM