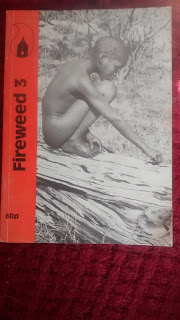 Fireweed Magazine was published in Lancaster in the mid-1970s, with the subtitle of "working class and socialist arts" and edited by David Craig and Nigel Gray. Craig, presumably being the same Craig who is now Emeritus Professor of Creative Writing at Lancaster University and ran the solitary creative writing unit when I studied there in 1985. I was fascinated to pick up issue 3 of the magazine - Autumn 1975 - from Oxfam recently. 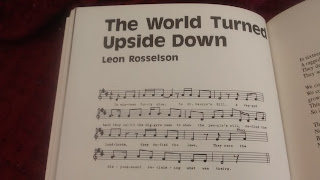 A kind librarian at Lancaster University tells me that the complete run of 12 issues is in the library at the Universities of Manchester and Leeds, and if I ever get the opportunity, I'll have to go and seek it out. I'm happy enough with issue 3 however, as it seems a microcosm of a literary world that doesn't really exist in the same way any more. One of the abiding memories of Jeremy Corbyn's first few days at Labour leader was that when presenting about culture he dutifully said all the right things, but you had the sense that here was a man who had spent most of his life preferring political meetings over cultural events. Culture, for a certain part of the left, is seen as somehow elitist. I was at an anarchist book fair last year just after I'd had a story in Black and Blue's "Revolution" issue and I was struck how the busy room had no room for culture. Even ten years ago I think there'd have been poetry and music at such an event. 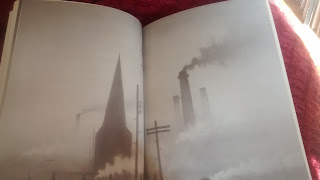 Longer ago than that, as Fireweed indicates, there was something that could be called "working class and socialist arts" - moreover, it wasn't parochial but international in scope. In this issue alone there are photographs and poems from George Hallett and James Matthews focusing on the black South African townships; there are poems from the City Lights published poet Diane Di Prima. Previous and future issues mention Brecht, Neruda and Vonnegut. The biographies at the back include some gems: "Archie Hill is a blackcountryman", "Nigel Gray...an ex-manual worker", "Frances McNeil is an ex-Ruskin student". Its a far cry from contemporary biographies of "studied creative writing at....". 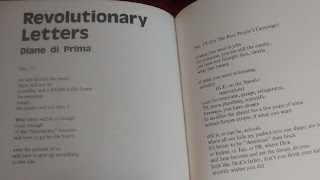 Even at this distance there are some names that haven't faded into obscurity. Edward Bond has a short story here. He is best known as a playwright. Leon Rosselson was a singer-songwriter, well known on the folk scene. Best of all is the mix of words and images. Smokestack photographs to accompany the two Rosselson songs (with music as well as lyrics provided), collages by Alan Heaps to accompany  Nigel Gray's fairy story, and of course the striking photographs of the South African townships. The young naked boy on the cover seems incongruous, an apparently rural image of poverty when Hallett's other photographs are all urban. 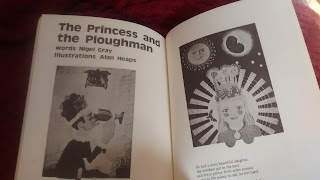 Some things don't change of course - there are few women in these pages - and interestingly an internet search discovers another "Fireweed" magazine - a feminist Canadian magazine from the 1980s. Coming from a period a long time before the internet this is a forgotten magazine - it was a new title to me - but a fascinating one. I'd love to know a bit more. 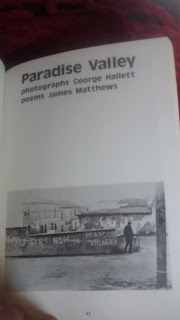 The magazine received funding from Arts Council of Great Britain and North West Arts - at the time two different organisations (wonder whether we'll have this again with devolution?) -  and an advert at the back launches a new scheme specifically for writers and publishers (again, something that hasn't been done for a long time!) 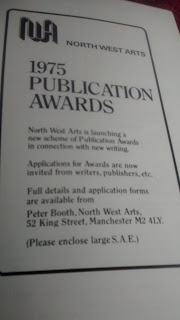 The content is a varied mix that lives up to its subtitle. Surprisingly, perhaps, its all creative work with only a few adverts at the back referencing cultural studies and the like.

And of course though we don't call things "working class and socialist arts" anymore the spirit can live on. A new Manchester magazine called Beatification, edited by John G. Hall, Neil Campbell and Steven Waling is looking for subscribers/running a crowdfunding campaign.


Posted by Adrian Slatcher at 1:07 AM