A Working Class Writer is Something to Be 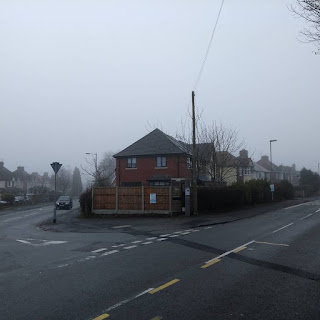 In the twenty or so years that I’ve been trying seriously to get published I’ve seen schemes for writers aimed at a range of different constituencies: women, BAME, LGBT, Scottish, Irish, Welsh, Northern, under-40s, over-40s… yet the reality of British fiction has always been how class-obsessed it is. If American society’s fault line is race, in Britain – and particularly now in post-Brexit Britain – its class. The achilles heel of British writing, fiction and poetry, has always been class; both in the subjects and characters that are written about and the industry itself – it’s publishers, agents and writers.

Somewhere I’ve a rejection letter or a reader’s note, from when I sent off my novel “Lineage” – which was shortlisted for the Lichfield Prize in 1995, a prize for unpublished fiction – to a London based agency. It basically says, “why should be interested in these characters?” My novel was set in the Midlands where I grew up, in the same working-cum-lower-middle-class milieu that I had grown up in. This was not the working class of Lowry’s smoke-belching factories or of Lawrence’s mining communities (the mine had been closed twenty years before I was born) or the inner city street novelist, but bland, suburban England, run down towns, where the only jobs after 1979 would be in retail and logistics, and where everyone’s dad that I knew worked in a small factory or warehouse, and everyone’s mum worked in the NHS or as a school cleaner or dinner lady. Normal, every day England, comprehensive schools, and indoor markets; WMCs and caravan holidays. Of the 120 kids on my year less than 20 went onto 6th form, and only a handful (including myself) went directly to University.

There’s nothing to glory in this life – it’s recognisable to many of my friends, and only the location will be different. I find myself envious of those who lived nearer to towns (Birmingham was a good twenty miles away), or had a university nearby, or who had the option of a Grammar or other “special” school rather than the bog standard comp, or who lived in a seaside resort, or in the real countryside. Yet in many ways, “smalltown England”, to refer to the New Model Army song, was where I grew up, and where the locus of my writing comes from – however many years of urban and urbane life I’ve had since. What is worse now than then, in these places, is not so much the poverty of everyday life – more the poverty of ambition. It manifested itself in Brexit - and where I grew up is the heartland of Brexit England. A visit to the wonderful New Art Gallery in Walsall a few months ago reminded me of the limits of cultural regeneration - inside a thriving community glad for the opportunity - but outside, nothing had changed, if anything had gotten worse as recession and austerity had hit the town hard.

English fiction rarely writes about such places – or rather rarely publishes them. LGBT writers like Alan Hollinghurst or Sara Walters set their novels in the upper classes or in a colourful urban past; BAME writers like Salman Rushdie are able to give us a global canvas; the traditionally middle class male writer gives us characters who are Professors or Lawyers or Colonels or Fashion Designers or Composers, not toolmakers, or factory workers, or clerks.

But of course, the idea that one should just write “what we know” when “what we know” is of so little interest to the London-based publishing trade is also an affront. The provincial writer – or at least this one – is fascinated by power structures, by the rich and successful, and by the hustle of the city. Yet even in my London-based novel “High Wire”, which I completed nearly twenty years ago, the urbane metropolitan scene of art openings, dot com companies, political crookedness, and the like, is interrupted at some point as my protagonist returns to the Midlands to see his dying grandfather in his nursing home. Moving forward to the present, and the last few stories I’ve had published have been about characters far removed from myself – yet, I feel there’s always a groundedness to what I want to write, not too far from the surface.

It’s great to hear that there's a new crowd-sourced initiative has been started by Kit de Waal, a book of new writing that looks to find new voices from working class communities – and will pair newer writers with writers who have come from those backgrounds. You can fund it here - though whether this is the right model for this sort of anthology we'll find out I guess  - surely it would have been good for one of those class-bound London publishing houses to commission such an initiative? Perhaps this became the only route. There are writers I know, such as Paul McVeigh and Lisa Blower, involved with it, and it will surely help shift the dial a little.

Anyway, its got some way to go until it gets funding - but lets hope it has a galvanising effect on an industry that has been for far too long ambivalent about how many people in this country live.

Let's also hope - since being "working class" isn't a static state, that it doesn't just become a platform for gritty urban voices, but can also reflect the sort of ordinary background that I came from (the 1930s semi I grew up in is on the left hand side of picture at the start of this article) and that those new voices don't have to just write autobiography - the BBC and the Northern writing agency seem particularly prone to want "northern" writers to write about "northern" subjects - but can write experimental fiction, genre fiction, literary fiction whatever they like.

Posted by Adrian Slatcher at 3:59 AM