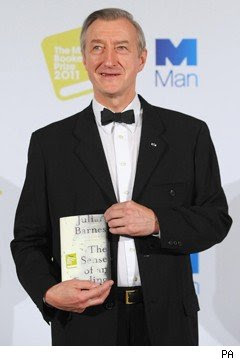 So, for all the discussions about readability and dumbing down that has accompanied this year's prize, its probably only right that the winner is a writer who is never high brow or low brow, an aesthete, a postmodern writer, who remains always a joy to read; and has criticised the Booker himself in the past for being "posh bingo."
Posted by Adrian Slatcher at 3:41 AM