Where did these 12 months go? After last year's interregnum - when I was out of action for several weeks after an operation - I spent much of the year catching up on the projects I was working on. My Salt pamphlet "Playing Solitaire for Money" came out in late 2010, and so I was spent some time working on the website for that launch, and have added content to that during the year.

I had the launch of the pamphlet as a joint reading with JT Welsch in January at the International Anthony Burgess Foundation in Manchester, and we'd read together several more times during the year. Although I was determined to take opportunities for reading and promoting the book, it sometimes takes time to develop this side of things. Thanks to the Salt Modern Voices tour, and the hard work of the other writers on it, I've read in different places to different audiences. Probably over 300 people have seen me read since I first read from the pamphlet in late 2010 at Didsbury Arts Festival, taking in the University of Manchester, St. Ann's Square and the Whitworth Gallery in Manchester, Northwich, Market Drayton, London, Nottingham and the University of Warwick. Although I've been steadily writing new poems, these haven't really found their way out into the world as yet. I've also been writing various fiction pieces, but intermittently, as time allows, though I can't not mention, "The New Club" which appeared in the Quickies anthology of "very short adult fiction" premiered at an uproarious Didsbury Arts Festival event. Over Christmas I'll try and finish some of these pieces off. 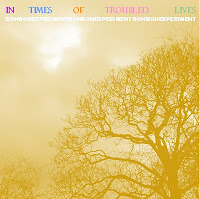 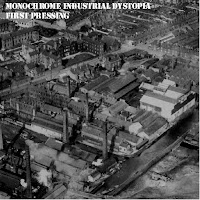 My music was also in consolidation mode - as most of my 3rd album since 2007, "In Times of Troubled Lives" was recorded last year, but I finished the work and got it duplicated in the spring, followed by a side-project EP under the name "Monochrome Industrial Dystopia" in the summer.

A busy year work wise, with the threat of redundancy hanging over me for the first half of the year, and alot of travel around my job seeing me have ten trips abroad during the year, including first visits to Germany and Finland.

This blog has taken a bit of a backseat, and as the conversation moves to Twitter and Facebook, I have a sense that it may soon have run its course, but we shall see - there's occasionally things I want to say about literature and art, and this is a convenient place to say them.

So overall, its been a year when my thoughts have turned from the "making" of work to the performing and promoting of that work. It's been nice to be offered opportunities to read in different places and contexts - culminating in last night's appearance for the Whitworth Gallery "Dark Matters" exhibition and a large piece in the Manchester Evening News about the performance.

Too early for New Years Resolutions of course, and its strange to be in a position when I've been concentrating on work from the recent past, rather than the work I'm doing at the time. One thing about reading a lot is that you also listen a lot, such as the other Salt Modern Voices, and I've tried to get to see interesting writers when they've come to town, or regular nights such as The Other Room, which remain inspiring. Literature, like music and art, remains an inspiration to me, as well as something I continue to practice myself. In some ways 2011 was a year when I more fully integrated these interests, and began to exploit them a bit more. I hope 2012 offers further opportunities.
Posted by Adrian Slatcher at 5:58 AM