In Praise of Lists 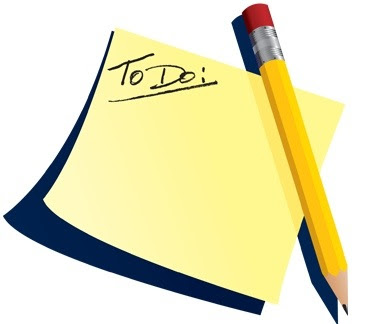 Its a list time of year: lists for Santa, lists of Christmas cards, lists of provisions required for the Christmas dinner, best of year CD and film lists. I was asked to do a reading and a workshop in Market Drayton library this week, and since there were going to be both poets and fiction writers present I wanted an exercise or two that could be appropriate for both.

I've long been a fan of "list" stories - having written stories that are a series of answer phone messages and made entirely out of classified adverts. The list is what we put together when we're planning something, yet in many ways it can be the essence of the thing itself. Its probably even more prevalent in poetry, famously, in this poem by Sylvia Plath. When do we make lists? When we're planning something, or need to catalogue things, or put in some sort of order. There are all kinds of lists, of course, from inventories and catalogues, "to do" lists and "instructions", electronic programme guides, and, at the front of any book of poetry or short stories, a table of contents.

The attendees at the workshop came up with quite a few nice little approaches - one played with the word itself, and wrote a piece called "The Listing Ship", whilst others told of a life through a house clearance or a little boys' Christmas list. The McSweeney's school of writers likes lists - in their endless footnotes, or epistolary pieces like David Eggars' "Letters from Steven, a Dog, to Captains of Industry." In the recent Guardian collection of stories, Helen Simpson takes an existing list - Tube stations leading to "Cockfosters" - to concoct a story of loss, friendship and memory.

And it wouldn't be good to leave creative lists alone, without mentioning list songs - which from REM's brilliant "Its the end of the world and we know it" to Billy Joel's portentous "We Didn't Start a Fire", to the Nails' self explanatory "88 Lines about 44 Women" to my own "Ammunition is a State of Mind" are a staple of the songwriters'toolkit.
Posted by Adrian Slatcher at 8:10 AM